AKC are so lucky to be supported by such an amazing group of people. Our AKC Ambassadors are advocates for the work we do. They agree that every childhood should be supported, and include diverse and rewarding experiences. 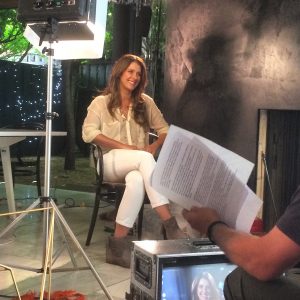 As well as being a mother and passionate art lover Cindy is creative director of food business Alligator Brand Fresh Pasta since 1993.  Cindy has also built a devoted following as a celebrity gourmet appearing on numerous cookng shows on both pay TV and free-to-air appearing on My Restaurant Rules, as the host of Saturday Kitchen, and the host of Melbourne Woman as well as being the the voice behind many radio and TV commercials.

When the AKC approached me to become their patron I had no hesitation in saying YES…It’s an honour to be involved in a charity which over the past years has done so much for children in our community.  Since 1994 Artists for Kids Culture has gained momentum to become one of the best exhibitions and auctions of Australian art… funding creative, cultural and educational pursuits for kids in need and encouraging them to follow their creative dreams. 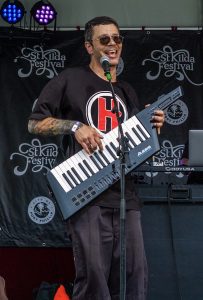 Since 2006 Dylan has been on Nova radio, and was most recently heard as the co-host of Nova 919 Adelaide breakfast show ‘Dylan and Hayley’. The start of 2020 saw Dylan feature as a guest host of Double J’s ‘Summer Mornings’. He’s continuing his work with Double J in 2020. He has previously hosted radio shows on Fox FM, Triple J and Nova 100 in Melbourne.

Infamously known as the presenter of ‘Recovery’ on ABC in the 90’s, Dylan has hosted an array of television music and variety shows, including 10.30 Slot, Pepsi Live and ‘Video Hits’. To the delight of ‘Recovery’ fans, the ‘Recovery Special’ returned in 2019 as part of ABC’s AusMusic month.

In 2002 Dylan was on Celebrity Big Brother. When it came to the final eviction night, Dylan was the overwhelming winner as voted by the general public. Dylan has his own man-choir called….Manchoir. He’s also played in Melbourne bands ‘The Brown Hornet’ and Megabias. He now plays in a band called The Haploids making music for kids that parents won’t hate.  He also does a lot of MC work, including the AKC art auction in 2019.

Dylan is a proud father of two, a loving husband and a lover of all the arts.

“I love the arts. Without the arts I’d be lost. Music and theatre have not only defined my life, but have been an important part of my mental health. I truly believe every child should have access to the arts in some way. That is the reason I am so passionate about the amazing work AKC does, and I’m on board to help in any way I can with it’s journey.” 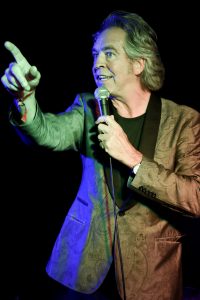 Brian has been writing, producing and co hosting the SBS music trivia series, ‘RocKwiz’ since 2005. Brian currently co hosts, with Richelle Hunt, ‘The Friday Revue’, each Friday afternoon on ABC Radio Melbourne. In 2013, Brian performed in ‘Vandemonian Lags’ a theatrical presentation written by Mick Thomas. In 2012, he hosted ‘Pictures Of You’ on Channel Seven. Brian contributes regularly to The Age and radio 3RRR and is an experienced MC and performer for public events and corporate functions. Brian has MC’d the AKC Auction over many years and we are very proud to call him one of the AKC family and have him as one of our AKC Ambassadors.

“The Artists for Kids Culture events are joyous and completely unique. I’ll never forget the first AKC Auction I attended at the St Kilda Town Hall … a diverse bunch of artists, kids and the general public, coming together to celebrate art and community, raising money to ensure children could continue to play, dream and create. The AKC Auctions are unforgettable!” 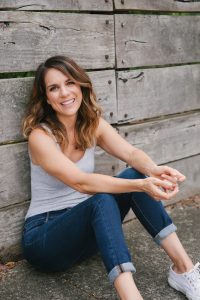 “I’m so proud of the support that AKC give to families so that kids can explore themselves in all kinds of creative ways. I think creativity is absolutely vital for children’s wellbeing and growth, so no one should have to miss out.  As a new member of the AKC family, I’m excited to learn about all the different ways we grow and extend our supportive community.”
Michala Banas

“Access to artistic pursuits, music, dance, drama, film, and sport should be every kid’s right. When people struggle, these are often the first things to get left behind. Artists for Kids’ Culture is doing a superb job of helping kids who are facing hardship find their own creativity – which is the secret ingredient in all aspects of life. I’m proud to be part of the AKC family.” 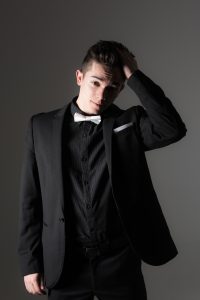 Brandon is a Melbourne-based dancer, actor and singer. Graduating from Jason Coleman’s Ministry of Dance with a Diploma of Musical Theatre, under the scholarship program. Also completing an acting course with Brave Studios under the guidance of Mark Hennessey. Brandon has many years of training and specialty skills under his belt, this includes professional Ballroom and Latin in which he was announced 2014 Australian Champion. Stage credits include Cabaret Cathedrals “Rhythm of Life” and recently starring in the highly proclaimed “The Adventures of Peter Pan & Tinkerbell” directed by Bonnie Lythgoe. He has performed in various Corporate and Television engagements, including part of Channel 10s Michael Jackson Tribute and Kiss 101.1 Justin Bieber Collaboration.

“AKC did not only fund but provided me an opportunity to follow my dream in dance, which has helped me have a career which would not have been possible without their support.”

Lewis Miller is an Australian painter and Archibald winner and has been donating to AKC since 1994.  Lewis has been an AKC committee member since 2015.

“I have donated to AKC since 1994, I have not missed a year.  I love giving back to the community and supporting kids to do art, music, drama, whatever they want to do.  If we did not help these kids to do their arts, who would?” Lewis Miller, 2018.

Your support can truly change a child’s life.

AKC are endorsed by the ATO as a Deductible Gift Recipient